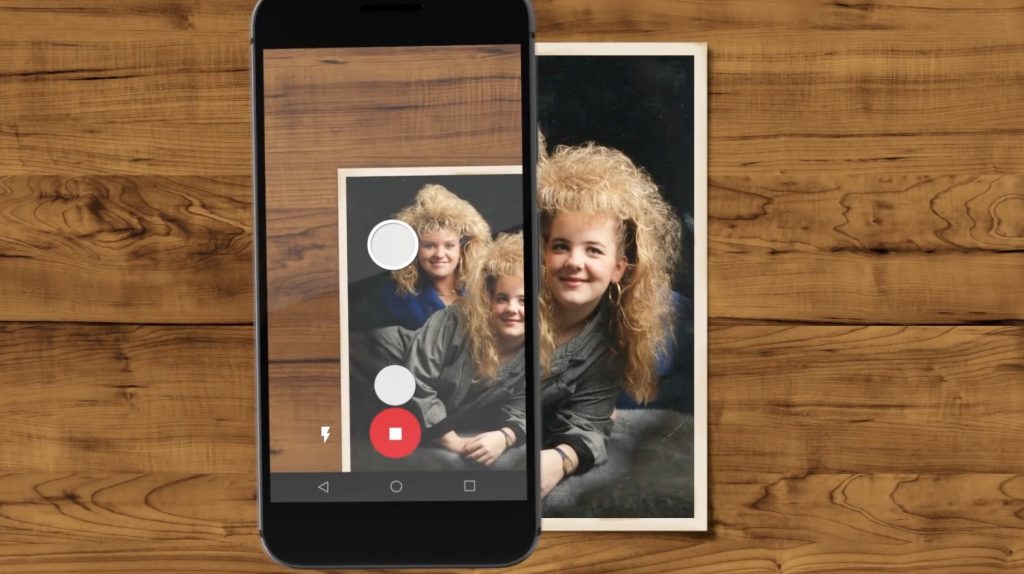 Google has introduced a new app for both Android and iPhone for scanning printed photos. You can even photograph pictures in glass frames and it will remove the glare.

They’ve put out an amusing video to explain how it works:

I’ve had reservations in the past about phone-based scanning apps for genealogy purposes, especially those that try to scan more than one photo at once (such as a page of photos in an album). My primary concern was that by scanning multiple photos in a single picture, you are drastically reducing the resolution of the photos. Google PhotoScan, however, seems to go in the opposite direction, letting you take multiple photos with your phone to construct a single hi-res glare-free version of the photo you are scanning. This seems more in the right direction.

One problem genealogists run into is finding and copying family photos. Sometimes they’re sitting in one’s attic in a box, but many times they’re sitting in someone else’s attic, or some distant cousin’s photo album. This is the kind of problem that has been addressed by products like the Flip-Pal mobile scanner in the past, although this app is probably easier to use and in many cases will probably return a better result. There are still some cases where a flatbed scanner will probably return a better result, but the advanced algorithms used by this app will be able to get better results most of the time (especially for pictures behind glass).