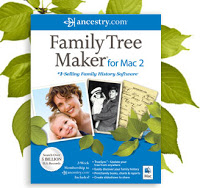 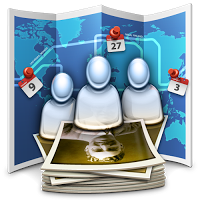 Today Apple launches an update to their operating system, OS X 10.6.6, which includes the new Mac ‘App Store’. The Mac App Store is accessible from the Apple menu, and like the App Store in iTunes for the iOS devices (iPod Touc, iPhone and iPad) you can search for apps by keyword or see lists of featured apps, etc.

The store is almost exctly like the iOS version in iTunes, allowing you to quickly buy apps you find. It helpfully knows which apps you’ve already installed (even not through the store) so when it shows me the listing for iPhoto, it says ‘Installed’ instead of listing a price.

A quick search for genealogy apps turned up three apps in the store when it launched. The three apps are MacFamilyTree, Family Tree Maker and Date Calculator. As I have all of these on my computer already, it wouldn’t show me the price of the apps which is strange. MacFamilyTree is offering a 50% discount for the next week through the App Store, but 50% off of what? I could go look at their web site to see what it normally sells for, but instead I’m going to follow the links Apple gives out for sharing each app, and on the web it doesn’t know I have the apps. So MacFamilyTree is selling for $24.95 (I guess normally it sells for $50), Family Tree Maker is selling for $99.99 and Date Calculator is $9.99.