The study of one’s family history includes a large amount of dealing with names. Surnames. Given names. Maiden names. Married names. Nicknames. Name changes. While many of the articles I’ve written in the 2+ years of this blog have dealt with names in some fashion, here’s a look at the articles that focused specifically on them:

A look at the introduction of surnames in the Jewish community two centuries ago in the Austro-Hungarian Empire, and the government bureaucracy which forced many Jews to take the names of their mothers instead of their fathers, forever confusing their descendants researching their family history. A look at a specific case in my own family where birth certificates show the truth of what happened.

A look at names changes in NYC and the reasons behind them, as well as the myth and history of name changes at Ellis Island (or in my family’s case, Castle Garden). A look at a very interesting book documenting names changes in New York, and a interesting story of a family that lived and had children under the wrong name for years, before changing it later.

Animals and Name Pairs in Jewish Given Names
May 17, 2011 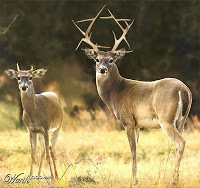 This article is a brief look at two common historic Jewish naming patterns, and how they intersect. The first naming pattern is the use of animal names from Hebrew and/or Yiddish. The second pattern is giving two related names to a child.

This article also looks at the historical role of the shem kodesh (Jewish religious name) and the kinui (secular name) among Jews. 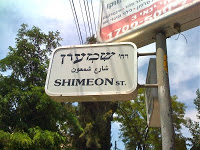 A look at how given names of the same person can change over time, particularly if they moved between countries. This article has a great table of Jewish given names that shows the names in English, Hebrew, Transliterated Hebrew (i.e. Hebrew in Latin letters), Tranliterated Yiddish, and Polish.

This article also lists and reviews a number of important books on Jewish given names, and provides information on the Given Names Data Bases (GNDBs) at JewishGen.

Plane crashes, bigamy and global law firms – this article has it all! Seriously though, this article takes a look at how sometimes you can spend years pursuing a lead that turns out to have been a typo. Examples include a newspaper article that detailed a plane crash in Guatemala, a Rhode Island state census that shows a man with the same name, birth year and birth country as my gg-grandfather who is married to a different woman, and a global law firm that somehow seems to spell their own name wrong on occasion. In all three examples, a family whose name was Traurig was erroneously printed or displayed as the much more rare name Trauring, leading to endless pursuits of families that it turned out were not related at all.

How surnames change – research into one name over two centuries
April 15, 2013

Whereas the above article looked at three cases where a family named Traurig was erroneously listed as Trauring, this article looks at four families whose surnames started out as Traurig, but actually changed their names to four different surnames – Trauring (two families), Vesely and Smutny (one family), and Al Yagon (one family).

The article looks at families that started out with the name Traurig, and changed their names in Poland, in Australia, and in Israel.

What does New Zealand have against Justice?
May 2, 2013

A somewhat tongue-in-cheek look at the different rules that some countries have restricting what parents can name their children, with a special look at the most-rejected name in New Zealand: Justice (which happens to have been the 512th most popular male name, and 529th most popular girls name, in the US in 2011).

Popularity of girls names in the US
June 6, 2013 (on lexigenealogy.com)

What girls names have been the most popular in the past century? What makes a name popular? What causes an old name to come into fashion again? Where did the name Aaliya come from? Layla? Why did Savannah come back after 50 years off the most popular name list?

Racism and Commonality as Reasons for Name Changes
June 9, 2013 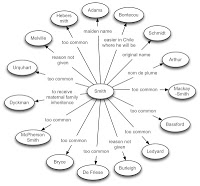 A look at the reasons given for changing names in New York City, as recorded in a book that transcribed name change petitions filed between 1848 and 1899. On two ends of the spectrum, some people changed their names because they were too common, and some changed them because they were too ethnic (specifically too Jewish). A focused look at the most commonly changed names in the book – Smith, Levy and Cohen.

I hope you like these articles. Let me know what you think. Is there anything else you’d be interested to hear about Jewish name, or names in general, let me know and I’ll see about adding a new article to this list in the future.