Two weeks ago, my grandfather passed away. I’ve mentioned him before on this blog in my post Friends from Antwerp – and is that a famous Yiddish poet?. Although we lived in the same city for only a few years we were very close and I spoke to him every week. As I flew to the US to attend his funeral, I wrote the following. It is exactly my thoughts as I sat in the airplane heading to say goodbye to my grandfather.

Almost exactly 34 years ago my grandmother passed away. As a young child I didn’t fully comprehend what that meant. It was traumatic for me at the time, not understanding death, but moreover it was the intense sadness in my father that I think affected me. I didn’t get to know her well, although I have fleeting memories of her, more emotion than memory.

Yesterday, my grandparents were finally reunited. At 98 my grandfather lived what by any standard is a long and full life. Having had the intervening years with my grandfather, of course I knew him considerably better than I did my grandmother. After college I lived in the same city as him for several years, and although I now live in a different country, he was always one of the people I made sure to visit when I was in town.

My grandfather had a special connection to my oldest child, now the age I was when my grandmother passed away. It’s not the same, a great-grandparent compared to a grandparent, of course. She didn’t know him like she knows my parents, or my wife’s parents, but I like to think she knew he had a special place in his heart for her. We called him every week, and while he was happy to speak to my wife and I, he always seemed to light up when he spoke to his ‘little princess’. My younger children will likely not remember my grandfather, but I like to think my oldest will in some way remember him, more perhaps than the fleeting memories I have of my grandmother.

Technology will help in some regard there, as I’ve been able to document the connection between them, with photos and videos that I’ve shot over the years. In some respect, my interest in photography and videography comes from my grandfather. Just like he lugged a camera loaded with Kodachrome and either a 16mm or an 8mm film camera around with him, I am usually not without similar, if a bit more modern, equipment. Just as he recorded moments from the 1940s through the 1970s, illustrating the youth and vibrancy of my grandparents and extended family, so I hope my own recordings more than half a century later will help my children and grandchildren understand what our lives were like, and the connections we shared between family.

So to my grandfather, Yaakov Mordechai ben Moshe Tzvi, and my grandmother Lipka bat Chaim, now united once more, I offer the old Jewish prayer – may your names be remembered as blessings. 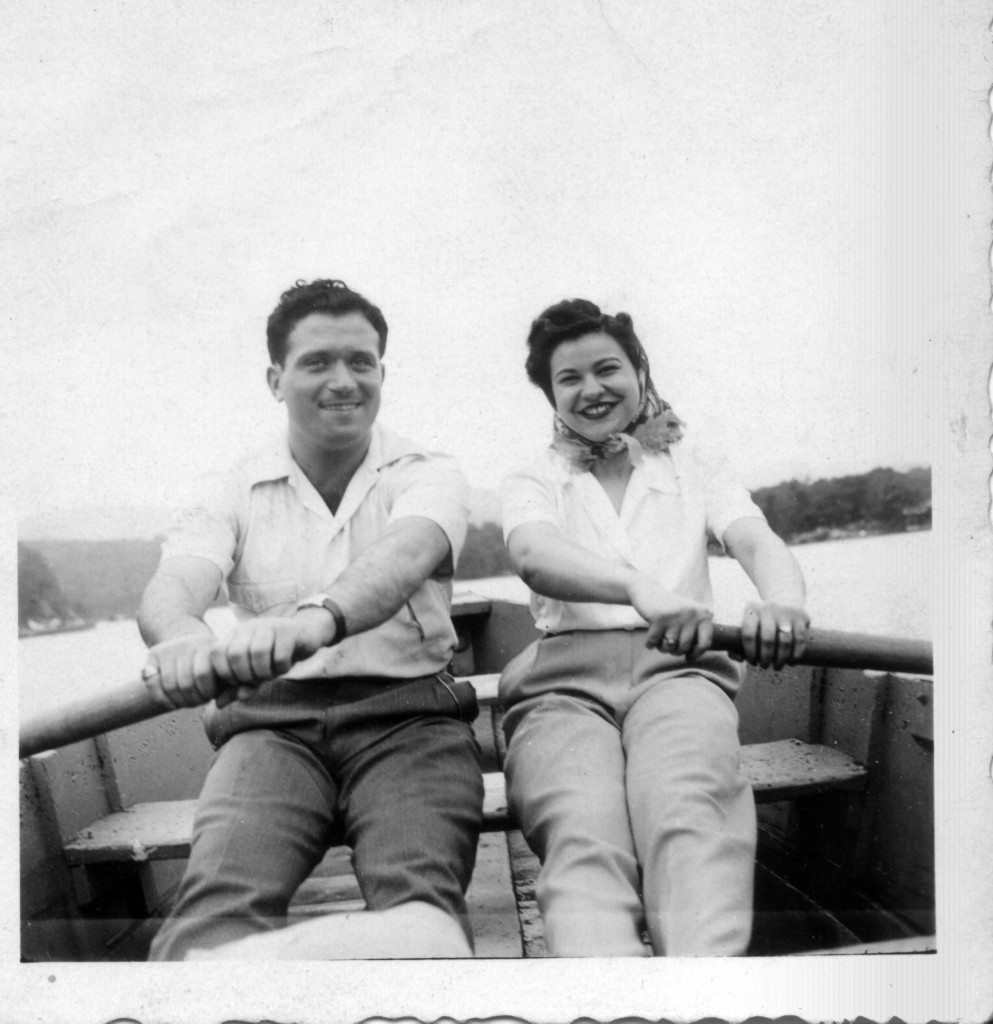 3 thoughts on “Remembering my grandfather”