So I live in Israel and while it’s not too hard to get popular books from best-selling authors in English, it’s a bit harder to get things like technical books, or more niche books like those that deal with genealogy. Finding ways to get English books to Israel cheaply is somewhat of an obsession with much of the English-speaking community here, and it’s not so simple. Amazon.com was a long-time favorite for many years, although now-Amazon-owned BookDepository.com seems the better deal (books are a little more money, but shipping is free). Of course, with the rise of eBooks one would think eBooks are the simple solution – usually cheaper and no shipping charges. My wife recently got an iPad, and when I decided to order a book recently (Ancestors and Relatives: Genealogy, Identity, and Community by Eviatar Zerubavel) I thought about getting it as an eBook. The price was almost half the printed version ($9.99 on Kindle versus $18.21 in Hardcover on Amazon) and that’s without considering shipping for the hardcover.

I’ve been a book collector for more than twenty years, and while not all my books make it out of my library, I do lend many books out. Considering how hard it is to get niche books like an academically-published one like Ancestors and Relatives…, here in Israel I figured it would be highly likely I would be loaning out the book at some point. So how does one loan out an eBook? First I think it’s worth taking a look at who the different players are in the eBook field. 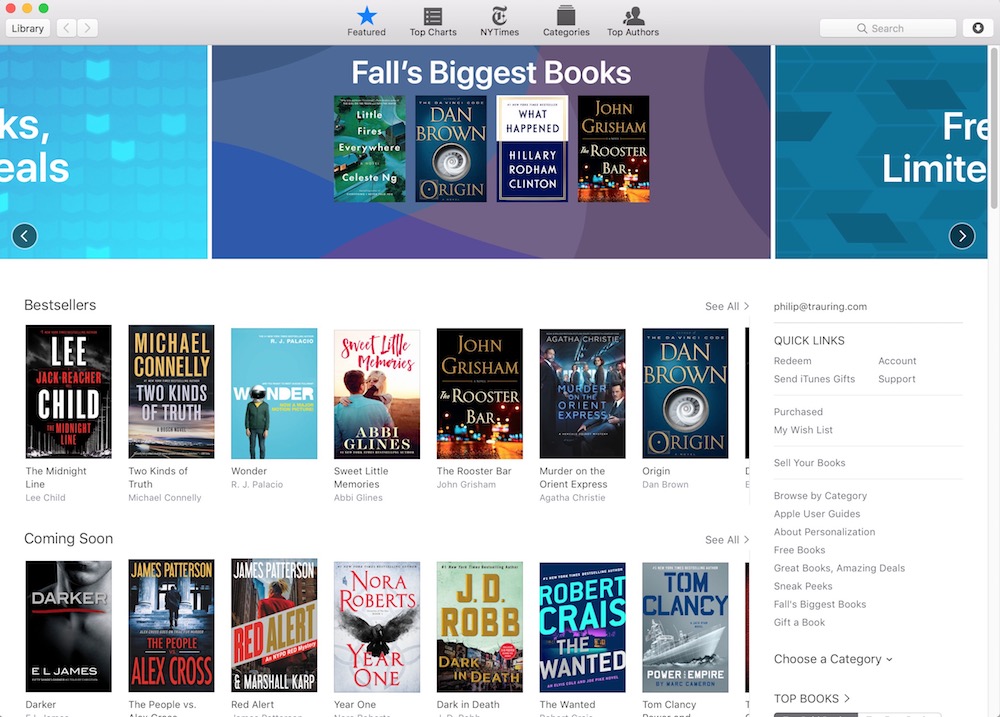 So the big players in eBooks are Amazon (with the Kindle), Barnes & Noble (with the Nook), Apple (with iBooks) and Google (with Google Books). Amazon has long been the leader in this field, with both the hardware (the Kindle) and the store (Amazon.com) to provide the total package for eBook reading. In fact, Amazon is really the only company that offers software on just about every type of device (Mac, Windows, iPhone, iPad, Android, and of course their own Kindle devices) and in that they have a real advantage. When Barnes & Noble, the retail leader in book sales in the US, launched their eBook platform called the Nook, they introduced one feature which had been missing from the Kindle – the ability to lend books. Amazon quickly copied that feature and made it available on the Kindle, but with the same odd restrictions – you could only lend a book once to a friend, and only for 14 days. Sure, I wish everyone I lent a book to would return it in less than two weeks, but that’s not reality. Why does it matter how long the book is lent for exactly? When a book is lent out, you cannot view it yourself, which makes sense. If I can’t view it while it is being lent out, who care how long it is being lent out and to whom? Herein lies the problem with eBooks as they currently stand – you’re not buying the book, your essentially leasing it. In fact, even with the lending features of Kindle and Nook, not all publishers allow books to be lent – you need to check each book when you buy it and see if lending as a ‘feature’ is enabled.

In the days before Apple launched iTunes and the iPod, digital music failed to take off in a major way. The reason it failed was that it was easier to freely download pirated music than it was to buy and use music from the big labels. Apple fixed that, not by eliminating all the restrictions music companies wanted on the files, but by removing enough of them that using digital music legally became easy enough that most people wouldn’t bother trying to get it illegally. The big breakthrough was that Apple had the store (what Amazon and Barnes & Noble now have for books) tightly integrated, and that Apple got the music companies to loosen their restrictions so that customers could play music on multiple devices (their Mac, their iPod and their now their iPhone for example) and could even burn CDs of their music for their own use. Most people don’t really remember what digital music was like before Apple, but none of that was possible. Sure, the iPod was a breakthrough device when it came out, but the real reason it was so successful was the integration with the iTunes Store and the improved licensing from the music companies.

The problem with eBooks is that none of the companies have yet hit that sweet spot of great device, great store integration and good enough licensing. It’s hard to even think about licensing a book. It reminds me of a used book store I used to visit almost 20 years ago in Jerusalem that had a copy of a book that was out of print, yet highly in demand, so they rented it out. It was bizarre and I didn’t rent it. I waited a little longer and I found a copy for sale elsewhere. Eventually the book came back into print and everyone could get a copy. The iPad is a great device for reading books, and the various Kindles and Nooks are also good devices. The new Kindle Fire is really trying to compete with the iPad, and is perhaps the first device that will be able to do so, but while there are devices that are great, and there is store integration which works okay (I wouldn’t yet call it great on any platform), no one has gotten the licensing right yet.

It took years of battling between Steve Jobs and music companies to get the licensing right for music – and that battle included a visionary like Steve Jobs and music company executives that finally ‘got it’ (perhaps they were forced into ‘getting it’ by Jobs). How long will it take for book publishers to ‘get it’ is anyone’s guess. It’s already possible to download illegal eBooks, although I don’t know if the book reading public will adopt that as quickly as the music listening public did in the days before the iPod and iTunes.

One company that seems to be getting ready for the inevitable move to eBooks is, believe it or not, IKEA. Apparently, they are creating a deeper version of their popular (some might say ubiquitous) BILLY bookcase in order to accommodate the display of physical items, perhaps larger coffee-table style books, but not actually rows of books.

Music needed easy purchasing and a liberal licensing scheme so that people could listen to their music on all their devices. Books needs the same things, but something more. People listen to the same music over and over, but they don’t read the same book over and over – instead they lend it out to others. The book publishing industry needs to come to grips with this difference and make their eBooks as lendable as their printed cousins. Until that point, buying books for reading on digital devices will not be ubiquitous (not even as ubiquitous as BILLY bookcases). What’s worse is that as a ‘leased’ product instead of an owned product, what happens if the publisher decides to change the terms after the purchase, further restricting the usage of the book. What can you do about that? Not much, other than wait for the publishers to wake up and figure out that books are not music, and they need to be treated differently.

So in the end, I ordered the book from the Book Depository web site, and will get it in a couple of weeks. It’s a little pricier, but I get to own the book and lend out as often and to as many people as I like, without having to worry about what the publisher thinks. Of course, since Amazon bought Book Depository they’ll still be getting my money, but at least I’m getting something tangible for that money. In the future no doubt I will be buying eBooks along with the rest of society (I do not believe my grandkids will be buying physical textbooks) but for the time being I’m doing my share to help the paper industry.

1 thought on “The End of the Printed Book (coming soon, but not yet)”