The Israel State Archives has announced that they are close to launching a new web site with digitized versions of some of the millions upon millions of documents they hold from the history of the state. As part of the process, they showed that they’ve installed a Google Search Appliance in their computer rack to help index everything: 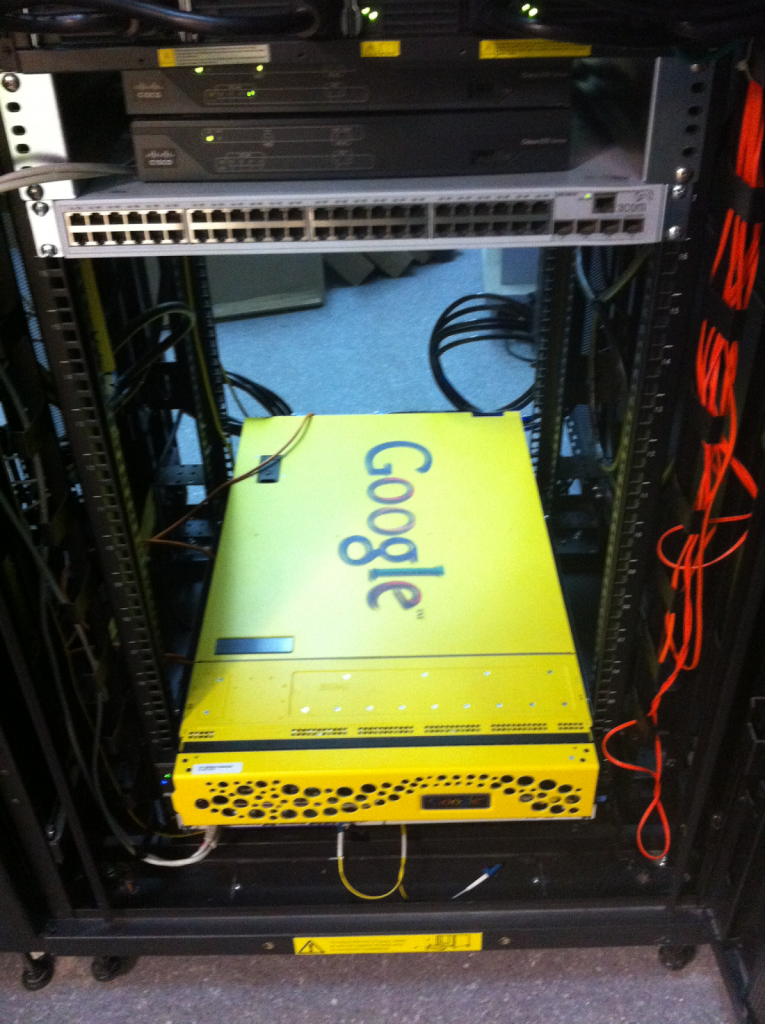 They also said the new site will launch sometime this year with millions of records in the first collection released, with subsequent releases over time. This was presumably made possible by their move last year into new facilities, which probably had scanning equipment installed as part of the upgraded facilities.

I did some research in the old building where the Israel state Archives were located. I’m happy they have better facilities and that new technology and is going to allow many more people to access the records they have. Some years ago I posted an index to the publications in the Israel State Archive that were from the British Mandate Palestine government. This was a 111-page printout listing the documents in the archive’s possession that were published by the British Mandate government that controlled what is now Israel (and briefly what is now Jordan) for nearly 30 years from about 1920 to 1948. I was able to copy the document in 2011, but if you look at it you can see it was printed in 1993. It was so old they didn’t have the computer file anymore, or perhaps didn’t have a computer capable of reading it. I seem that now under the leadership of State Archivist Yaacov Lozowick (see him on Twitter) that they’ve finally getting their act together and will be bringing their 19th and 20th century records into the 21st century of technology. While many records are not necessarily relevant to genealogy, there are a tremendous amount that are, including early census records. For anyone researching family in Israel (which is pretty much anyone Jewish) the Israel State Archives site will certainly be an important place to look when doing your research. Looking forward to its launch later this year.