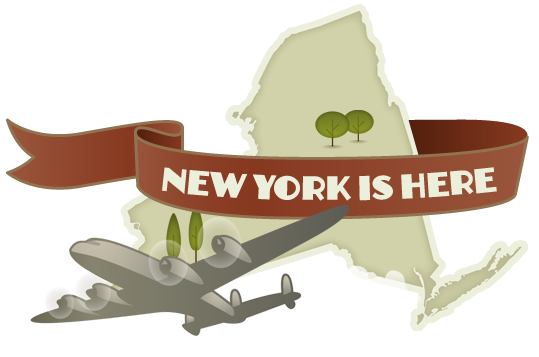 Ancestry.com has just made their index for New York available online, after previously only having Delaware, Maine, Nevada and the District of Columbia available. None of the previous states had more than a million residents in 1940 (Nevada had just 110,247 residents), so the jump to New York is actually quite a large one, and certainly a very important one for Jewish researchers.

In 1940 there were nearly 5 million Jews in the US (a much higher percentage, 3.7%, of the US population than currently), and New York was home to more than 2 million of them. In fact, over 90% of those Jews lived in just New York City. Statistically speaking, if you had Jewish relatives in the US in 1940, chances are some of them were living in New York.

As there were many Jewish refugees streaming into the US in 1940, keep in mind that your family would have to have been living in the US at midnight at the beginning of April 1, 1940 in order to be recorded in the census. My grandfather actually arrived in the US by ship on April 1, 1940 and thus should not have been recorded (and as far as I can tell was not) because he arrived some hours after the midnight cut-off for being recorded in the census. The census wasn’t recorded all on April 1, 1940, but rather one of the questions asked by the enumerators was where you were living at midnight at the beginning of April 1, and if you were not living in the US then, then you were not recorded. This is true also of children born on April 1 – they were not recorded (or at least should not have been according to the rules).

Of my relatives that were already living in New York when the census was done, I’ve noticed that their names were transcribed wrong. There are always going to be transcription errors in such a large project, but I wonder if this is a result of Ancestry.com’s rumored use of transcribers in China to do all the work. It should be interesting to see how well the 1940 US Census Community Project does their transcriptions, and if the quality will be higher than the Ancestry.com transcriptions. With over 100,000 volunteers, redundant transcribing and an arbitration process, it certainly seems the community project has an advantage, but we’ll have to see when the databases are completed. Right now the only state that overlaps the two efforts is Delaware, so perhaps if someone had relatives in Delaware in 1940, they could comment on the quality of the two transcription efforts.

The good news is that even with the transcription errors, Ancestry.com still found my relatives due to their soundex search capabilities. If you know your relatives were living in New York on April 1, 1940 and can’t find them, however, try varying your search a bit and maybe that will help. I do strongly recommend that when you see transcription errors, you add a correction to the record. If you add the correct spelling, then future searchers will be sure to find the record. To correct a transcription, click on the ‘View/Add Alternate Info’ link in the Page Tools box on the left side of the record page.

For those trying to figure out where their relatives came from in Europe, the 1940 Census has a great addition to previous censuses, in that it asks where they lived in 1935. Both the city and country are listed, so if your relative moved to the US between 1935 and 1940 then this should show where they were living before they moved to the US.