It won’t be shocking to anyone that there are many more books in English on topics specific to Ashkenazi Jews than to Sephardi Jews. I could spend a lot of time analyzing the reasons for this, but one simple reason is that the American Jewish community is predominately Ashkenazi. It’s true that some of the earliest Jewish communities in the United States were Sephardi, but over time these early communities were overtaken by the large influx of Jews from European countries which were primarily Ashkenazi. 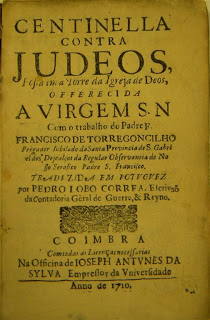 For those who are unfamiliar with the terms Ashkenazi and Sephardi, they literally mean German and Spanish, but are more loosely used to refer to Jews who came from Eastern Europe and Germany (Ashkenazi), and those who came from Spain and the Middle East (Sephardi). Sephardi Jews are sometimes further divided into those who came from Spain and Portugal and were expelled (during the Inquisition which started in 1492) to North Africa and other lands (Sephardi) and those that lived continuously in the Middle East from olden days (Mizrachi, which literally means Eastern). While there are many community-specific traditions (leading to different prayer styles for those from Yemen and Iraq, and those from Hungary and Germany) there is a more fundamental split in customs between Sephardi and Ashkenazi Jews, upon which these other differences are then added. The reason for this is quite simple, as the Jewish communities that became Sephardi and Ashkenazi split about a thousand years ago, before most countries today existed. While both groups of Jews certainly were connected over the past thousand years, they also settled in different areas, and in kept separate traditions. 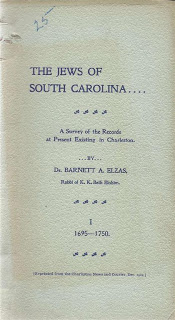 I’ve collected books for more than two decades and it is more uncommon to see books specifically on Sephardi topics. It was thus very interesting to get a catalog this week from Dan Wyman Books in Brooklyn, with 200 books on Sephardi and Mizrachi Studies.

The catalog covers many very interesting topics, such as the early Jewish communities in the United States, to Jews in Jamaica, Curaçao and Surinam, to the Sephardi communities of Amsterdam, France, Greece and even India and the Balkans. The abandoned Jewish cemetery in Belize I mentioned in my post yesterday was almost certainly from a Sephardi Jewish community (although none of the books listed cover Belize, they do cover connected communities such as Jamaica). North African and other Arab countries are covered, as well as Turkey. Two little known off-shoots of Sephardi Judaism are also covered, Karaism and Sabbatianism. There is a lot there. Not all the books are in English. Some books date back to the 1700s. 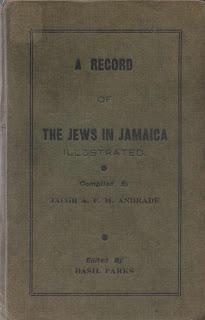 For those who have family from these communities, or just are interested in reading about the many different countries that Jewish communities existed, it’s worth taking a look at Dan Wyman’s catalog and seeing what books he has on the many Sephardi communities that have existed over the years.

For new books, you can also refer to the American Sephardi Federation’s online bookstore.

Do you have Sephardi Jewish roots? What countries does your family come from? Might any of the books on these pages help you find out more about where your family originated? Share your thoughts in the comments.

1 thought on “Books on Sephardi Jews”